Hollywood’s “it” girl Jennifer Lawrence goes for the gold

Who doesn’t love the gorgeous down-to- earth star of the Hunger Games Jennifer Lawrence? Rocking the hottest trends her style has greatly evolved since her beginning days. Taking the world by storm with her talent, beauty and her unforgettable fall in her cake-like Dior Dress at the Oscars Jennifer is charming, witty, outspoken and definitely comfortable with her figure as she is not the super skinny usual trend setter. Cutting her long thick locks for a trendy pixie cut worked well and soon many followed her lead. As her claim to fame grew her style did as well as she became the face of Miss Dior Accessories. In the spring 2014 Dior campaign Jennifer looks fabulous and flawless as she models for the luxury brands editorial campaign. 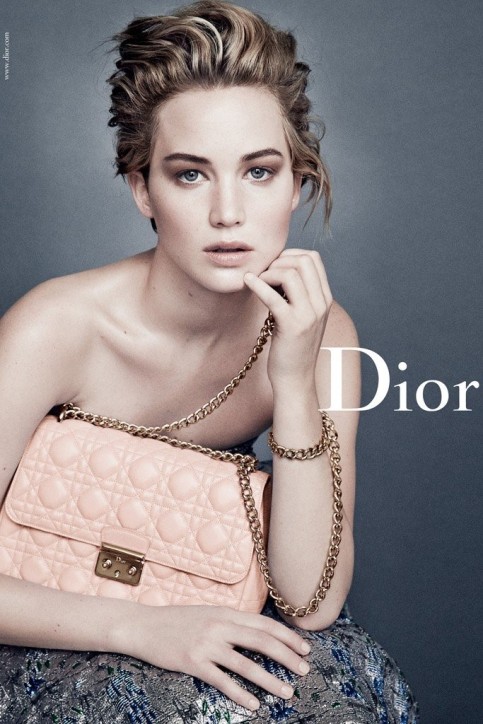 The 24 year old “it” girl’s style sizzles on almost every magazine cover and so it appears she truly is the “girl on Fire”. Her most recent shoot was for the 2015 January cover of Marie Claire French looking fresh faced and gorgeous as ever.

On November 18, 2014 In Style chose Jennifer Lawrence for the editor’s choice for look of the day.  Turning all heads in La at the premiere of her latest movie the Hunger games: Mocking jay part I, Jennifer graced the red carpet styled impeccably in a tea-length silver jacquard Dior Haute Couture Dress. Styled classy and elegant Jennifer’s perfectly polished look was accessorized with a rose gold Roger Vivier Clutch and strappy gold Aquazzura sandals.

According to the November issue of Vogue in an article titled “Google Trends Face Off” Jennifer Lawrence is the most searched celebrity of the year. She beat Kim Kardashian, Rihanna, Beyoncé and Taylor Swift just to name a few.

I am a Creative Sponge, Dreamer, Journalist and Stylist! View all posts by 1trendii